Woodland Rescue is an ambitious project with the aim to triple the size of Cromer Conservation Park by replanting 150 hectares of endangered high rainfall grassy woodland.

This kind of fertile big gum country was once the most common vegetation type in the Adelaide Region and boasted an extraordinary number of ground flora including orchids, wildflowers and an enormous array of birds and animals. Today, all but a few tiny fragments of woodland remain as most have been cleared for agriculture.
This land is one of the best opportunities we have to bring back a piece of grassy woodland because it has never been properly cleared and still retains many of the native grasses, wildflowers and the huge red and blue gums that give us a hint of what it once was. A long history of grazing has left it a simpler version of what it once was.

Historically, the bird list for Cromer was renowned for its Black Chinned Honeyeaters, Diamond Firetails and Rainbow Bee-eaters to name a few, but unfortunately today the park has gone quiet for many species. There simply isn’t enough habitat to sustain them.
But that’s about to change! Because we’re planting back the diverse ground layer that belongs beneath the stunning woodland giants.

A high fence has been built to exclude kangaroos from the planting area. As much as we love them, kangaroos have become so over abundant in the Adelaide Hills that they are now seriously threatening the health of most bushland patches.
The flagship species for the project is the endangered Blue Devil, which is a grassy woodland specialist – there’s its first mistake – it’s a native member of the carrot family that flowers in summer with amazing displays of cobalt blue flower heads. It hangs on in lightly grazed paddocks, on roadsides and in a handful of small conservation parks like Cromer.
This year we planted 1000 Blue Devil to boost the local population of 26 plants that we’ve been caring for on site for many years. We’re also planting a wide range of food plants for the endangered Diamond Firetail Finch including native grasses and She-oak.
Next year we plan on planting another 1000 Blue Devil as well as many other special understorey plants. 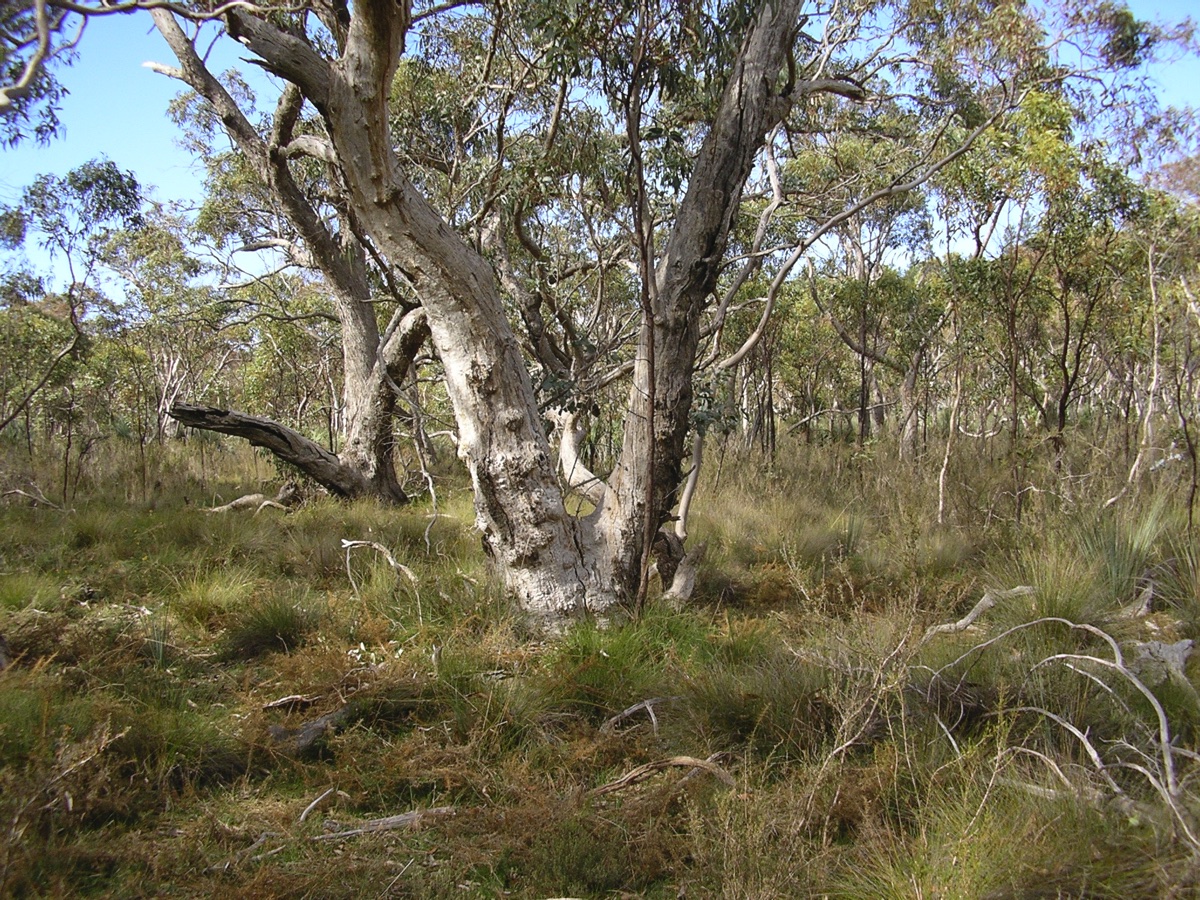