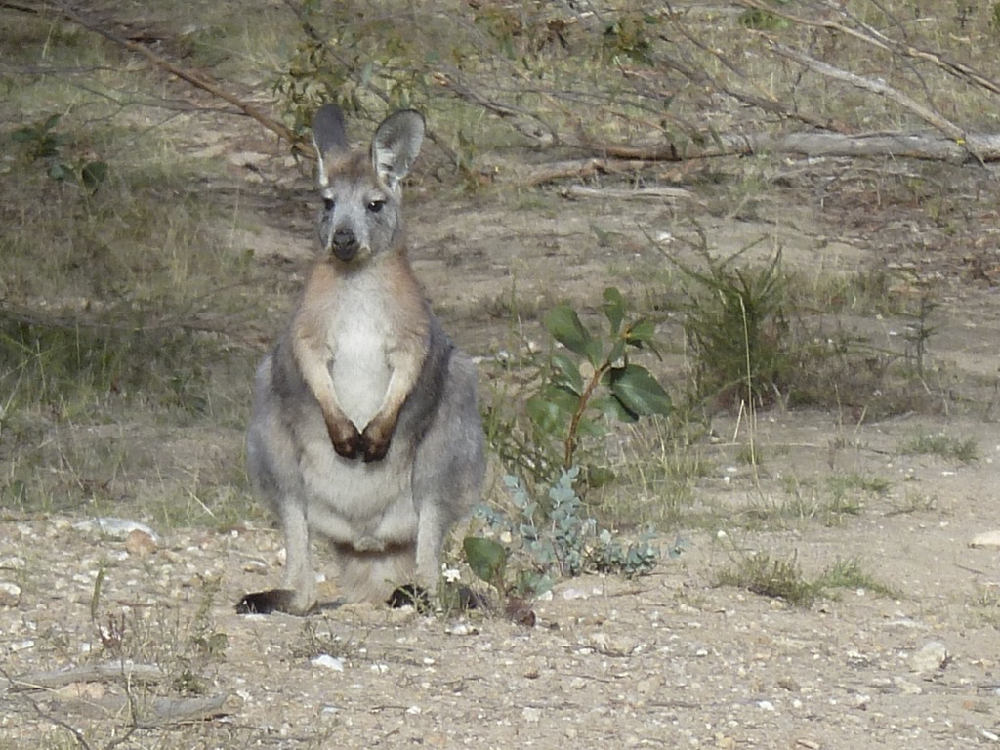 This Euro was seen near Para Wirra Conservation Park chewing on some old bones. Euros are usually quite shy but this one took little notice of us and quietly worked through a pile of bones, picking up and chewing many different bones.